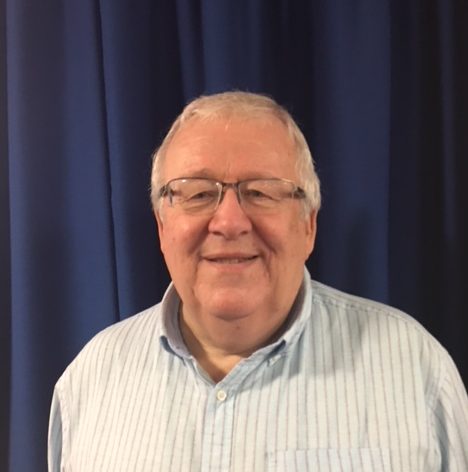 Phil heads up the Welcome Team, also part of the Finance Team for the Hillview Charity.

After a career in engineering and marketing whilst living in Bristol, Phil came to work for Hillview Church, Hucclecote in 1997 as the Church Administrator. He became an Elder of the church in January 1999 and part of the planning team for Abbey Church, which was launched in September 1999. He then served as an Elder of Abbey Church until standing down in May 2017.

Phil, and his wife, Anne have two sons [now well grown-up – well, sort of; they still call on Mum and Dad for help!] – they love Abbey and believe in ‘church’; ‘It’s been great to see Abbey Church grow and develop in many ways since it started and we look forward to seeing God continue to work in and through us, even in greater ways perhaps!’
Phil loves music, sport and enjoying God’s creation, whilst Anne is well into her books, theatre and quilting.